Why Design Thinking Is Out-Of-Date Part 1

A Need for a 21st. Century Innovation Framework

I’m tackling this since the oft-used ‘design thinking’ is, I’m sorry or happy to say, now showing its age. Design Thinking is a valid, evolved way of approaching design and innovation challenges, but from a practitioner’s point of view, it builds on a 20th century skill and mindset – and in need of a sibling or three to offer a valid means of comparison.

Simply put, Design Thinking is a mindset and a method – as described in the Harvard Business Review leader of ‘Design Thinking’ by IDEO’s Tim Brown as ‘a method of meeting people’s needs and desires in a technologically feasible and strategically viable way.’ It is often used as a simple thinking framework for applying the process and understanding of design to innovation. However, Design Thinking, while it can be an approach or strategy used for innovation, is just one of many, interrelated aspects that lies at the heart of innovation.

The subject of this three-part article is looking at those interrelated aspects – so the time has come to put some grey matter to work in dispelling what has fast become a kind of urban myth – that innovation is about design thinking and vice versa.

Times have moved rapidly since the Design Thinking movement got well underway at the end of the twentieth century. This article is being written as a response to a thread that ran recently on the design thinking community on Linked-In in response to a Linked-in article, ‘The Devolution of Design Thinking’ by Eric Pinckert:

‘With “design thinking,” practically anyone with a sticky business conundrum now waxes rhapsodic on the method’s purported magical properties to overcome every operational challenge.’

As a basis for approaching innovation, design-thinking is used as an almost holy grail of ‘this is what it is all about.’ Bruce Nussbaum, a one-time big-time advocate of Design Thinking is in agreement, four years ago he wrote in ‘Design Thinking Is A Failed Experiment. So What’s Next?’:

‘The decade of Design Thinking is ending and I, for one, am moving on to another conceptual framework: Creative Intelligence, or CQ.’

I’m going to follow Eric Pinckert and Bruce Nussbaum’s example and challenge Design Thinking as the mindset used for tackling innovation as an open agenda.

We use the term often in connection with innovation, but by doing so we often miss the point. In my grad days I was trained in the design methods movement – the precursor to design thinking. As architects, we were trained in the British tradition of mapping out the design process. Since then, the term design thinking came into being by Peter G. Rowe (1987) as a response to understanding the common traits in the processes used in architecture and town planning – so design thinking has its roots firmly planted in the academic architectural/ planning tradition.

Lets get this straight – design thinking is a 20th century mindset born of architecture and planning which is still valid for business and societal challenges, it’s just showing its age, since it does nothing to support 21st. century skills – and the move towards reflective learning and meta-cognitive thinking. The shift from ‘learning by doing’ to ‘reflecting on what we’ve done’ to inform ‘what we do next – sharing with the team’ will increasingly become a standard part of how we as individuals can contribute our intelligence to common goals – in a world where change and complexity are no longer a by-word for large corporations but a standard part of any global learning and working environment.

Erik Pinkert has a valid argument, since Design Thinking is a 20th century skill and methodology. He also misses a point, since the focus of design thinking is both thinking and doing as reflection-in-action as introduced by Donald Schön based on research into how designers – architects again – actually work.

To sum up Schön’s empirical distinction: Designers alter course as 1. we see a greater potential and 2. we alter what we have already done building on the developed solution knowledge. Then and only then – do we ‘post-rationalize’ our arguments concerning concept, the ‘big idea’ or design approach.

Norman Foster was famous for this in the 1980’s – building model after model until the right ‘potential’ was arrived at, then post-rationalized into a systematic description of how things work together as the design concept. The Hong Kong and Shanghai Bank Headquarters in Hong Kong is just one example, perhaps the greatest achievement in architecture of the 20th Century. The problem is, for non-practitioners, the ‘system description solving design problem’ comes first. As pointed out, this is nonsense.

The above examples provide the timeless essence of creativity – allowing us to see based on 1. our knowledge and 2. how our knowledge is sourced from being in the loop of keeping relationships flexible as we seek the best cut-for-fit. But how does this equate to the 21st. century business and complex-challenges agenda?

IDEO have been active in of course, setting design thinking on the innovation and business agenda (Tom Kelley, ‘The Art Of Innovation’ and latterly Tim Brown ‘Design Thinking’). The power of creativity to tackle the issues of failing business performance as well as societal challenges was hot. As Bruce Nussbaum says:

‘Design Thinking originally offered the world of big business—which is defined by a culture of process efficiency—a whole new process that promised to deliver creativity… Companies absorbed the process of Design Thinking all to well, turning it into a linear, gated, by-the-book methodology that delivered, at best, incremental change and innovation.’

Moving on from Design Thinking

He’s right. Just surfing the web at the plethora of ‘design thinking’ templates goes to show how much has been copied and misunderstood, most of which remain disconnected from the tradition of design thinking . So yes, we need to move forward from Design Thinking and need a replacement for Design Thinking that:

My  – for the time being at east, preferred focus is ‘Collaborative Ideation’ – a component of the replacement-to-be of Design Thinking. I call these ‘cross sections’ – snippets portraying different aspects of an inter-related body of developing practice, based on a theory and framework accounted for by deconstructing Best Practice (where it exists) – in a similar way that PRINCE2 from the world of Project Management integrates process frameworks around the ‘theme’ and ‘principle’ mindsets. That’s not to say a new approach has anything to do with Project Management, as will be pointed out in the next article in this series of three. 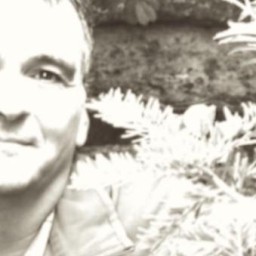